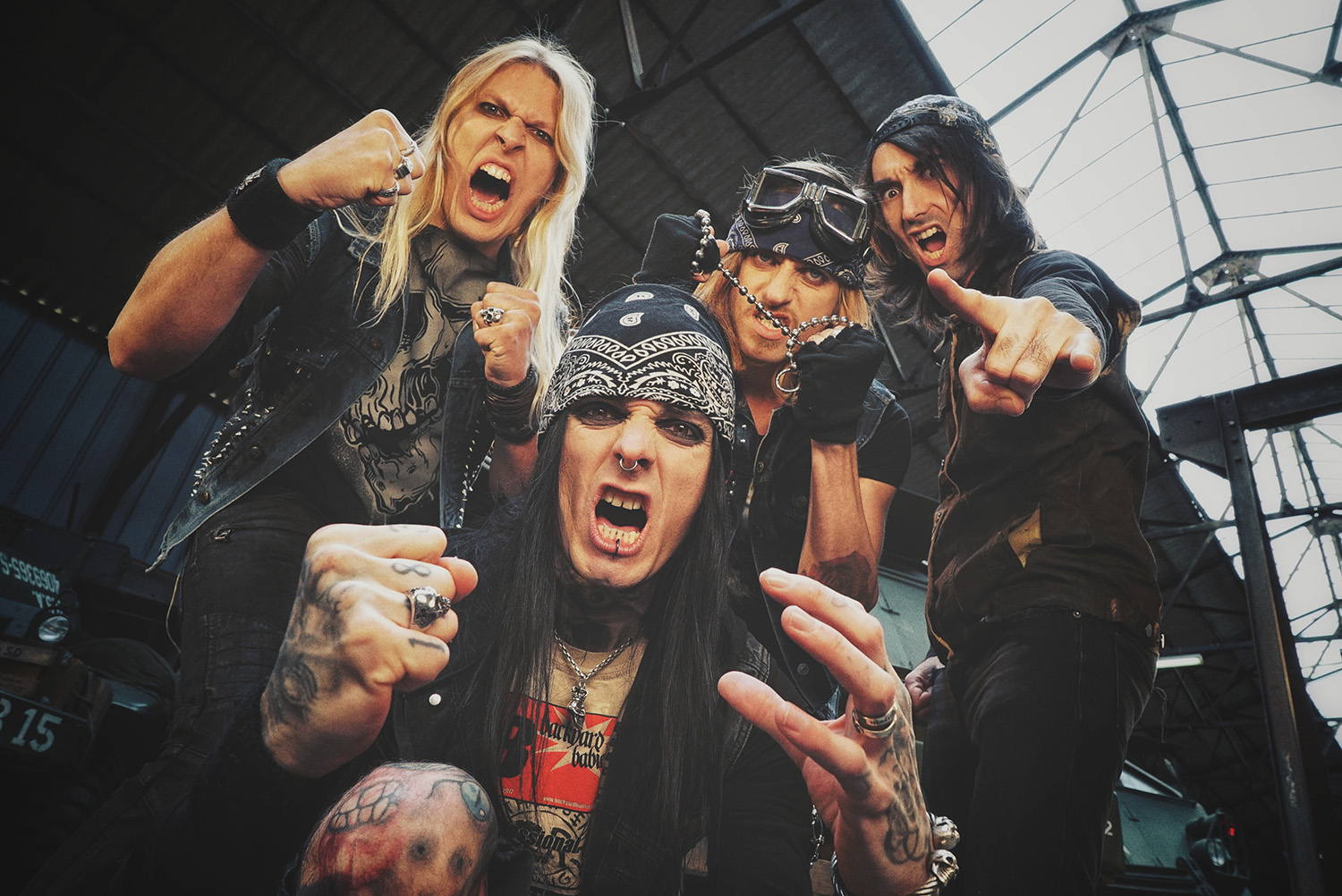 For, having formed in 2006 in the French Alps and with five albums under their belts, countless concerts in France, Europe and even Japan and Tunisia, BlackRain know for a fact this forthcoming year is undoubtedly one more step in their career. During many years spent learning the tortuous ways of Rock ‘n’ Roll, the band met a lot of great bands like Europe, Papa Roach, Alice Cooper, Scorpions, Steel Panther, Ugly Kid Joe with whom they played. “France’s got Talent” national TV show allowed them to delivered memorable live performances to an audience of several million that made a French hard rock band famous in France for the first and the last time in the history of the show.
But after two albums produced by big US producer Jack Douglas (Aerosmith, John Lennon), how could the band reach a bigger level? How to find more inspiration? Maybe by coming back to the roots of what made four friends playing in a band together, by simply composing songs they would love to hear today on the radio: catchy and heady hard rock hits. You can maybe call it out-of-date, but BlackRain call it the gasoline they need to travel in today’s world.
Composed and recorded in Sweden where Swan, the frontman, is permanently settled, this new album called “Dying Breed” is like a response to the way the music world goes. Surrounded by electro music and RnB, struck by the death of many of their idols that made the rock history, asked by people why they still wear this old-fashioned long hair, the four guys more and more felt like a dying breed, “the last of their kind” as it is said in the new song they unveil on June 06th before they hit the mainstage of Hellfest in France.
Of prime importance was to work again with Swedish producer Chris Laney, the guy that made “License to Thrill”. This BlackRain album is still considered by many fans as a mythical and a major piece in the revival hard-rock scene that appeared in the 2010’s. He is the man that has really understood the sound and the spirit of BlackRain as he produced masterpieces of this scene with Crashdïet or Crazy Lixx…
To be released September 13th by german label SPV/Steamhammer, the new album “Dying Breed” will be followed by a European tour with their friends from Kissin’ Dynamite.

BLACKRAIN on tour with KISSIN’ DYNAMITE 2019