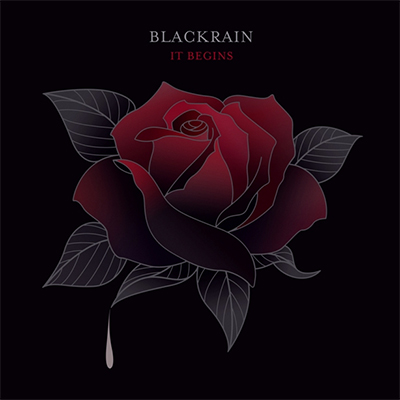 the band record and album from the end to the begining in a professional studio, with a producer

“Some friends of mine laughed when I said to them I was going to Paris to work with a French rock band… Well, they are going to be surprised!!! “– so said Jack as he landed in the French capital in August 2012, arriving hot foot from completing the latest recording with Aerosmith.

This new album, recorded in Paris during late Summer 2012 is the result of many months of collaboration between BlackRain and Jack who, prior to recording, spent a lot of his time listening and analyzing tons of demos in order to select the best songs and create for each of them the best arrangement … He really applied his magic touch to the whole process. And to complete the circle it’s Warren Huart, Aerosmith’s sound engineer who, along with Jack, mixed these new BlackRain songs at Swing House Studios in Los Angeles, a place where the Toxic Twins so often worked.

With straight ahead, catchy rockers like “Blast Me Up” (the first single and video clip), “Death By Stereo”, “Bad Love”, and the sharp edged “Dancing with Fire”, BlackRain reminds us that this gang has grown up with the sounds of WASP, Guns N ‘ Roses, Skid Row, Ratt and Mötley Crüe. Other tracks suggest different influences, equally interesting: “Young Blood”, a mesmerizing mid-tempo groover, “Cryin’ Tonight”, an almost perfect pop pleasure or “Wild Wild, Wild” with its anthemic chorus and hook. It’s clear that with these songs, all written by the main composer Swan, you have the kind of artist who’s not just satisfied with living with the influences of the present or the past. The gorgeous ballad “Nobody But You”, portrayed so memorably with MatH on piano, and “Re-Evolution – New Generation”, undoubtedly the most ambitious and most surprising moment of the entire album, prove beyond doubt that BlackRain can never be labeled as “followers”.

While remaining faithful to it’s roots and influences, BlackRain is a band in a state of perpetual evolution, never ceasing in its quest to climb each and every step of the long Rock ‘n’ Roll stairway… “It Begins” is the proof that the journey is well and truly under way. It is impossible to ignore the perfect match between the classic guitar/bass/drums format and the classic choruses and arrangements on this album. The end result compels the listener to play this magnum opus over and over again, emphasizing that this is infinitely more than just “another rock record”.

Due to the fact BlackRain has broken the contract of “It Begins” with Sony Music, this album is no more available in CD version for now.