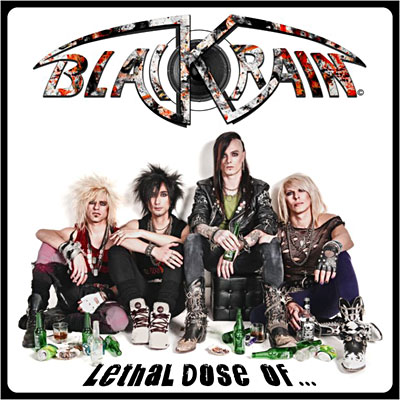 This could have been the end of the band

BlackRain toured as hell to promote License To Thrill. Young and reckless, they thought they were invincible at that time. Too much party maybe. After a huge disappointment with the unconvincing mix of Beau Hill (RATT, TWISTED SISTER, ALICE COOPER, WARRANT, WINGER …), the group is left without money. This could have been the end, if they haven’t found a new producer that helped them to remix the album.

By the end of 2009, through friends, Swan & co attracted the attention of French producer / manager Dany Terbeche (Trash, Enfer magazine, Tokyo Blade, Gypsy Queen…). Dany has also worked in England in the past. In 1987 he created his own agency named “Rock World Agency” managed by Mike Oberman (formed by Ian Sales from The Agency). His Office was based in London (Bloomfontaine Avenue) and his Record Company “LOOP RECORD” was distibuted by EMI… Together they quickly reworked all new compositions and started to develop a proper sound. The brand new team was locked in a studio for months, from where they rarely came out, just to support Europe in Paris, play a memorable concert in Tunis or be part of the Motocultor Festival.

“On the first day of studio, we realized that Dany was on the same musical level as we. He gave us his experience while we’re leaving free on our musical choices and what we wanted to express through our songs. He has quickly become the fifth member of BlackRain. This is true, there are 35 years between us, but he has a great musical culture and is certainly less corny that most guys our age…” Swan, vocals / guitar and responsible for most of the song writing, does not hesitate to say his feelings high and strong

Mixed during Summer 2010, “Lethal Dose Of…”, the third and new album of BlackRain was released on February 14th 2011, under their own label, distributed by Wagram Music in France and SPV in the rest of Europe. A collector double CD version exists with alternative versions of “Baby Shoot Me Down” and “Shining Down on You” and live recordings, but this double CD is no more sold.